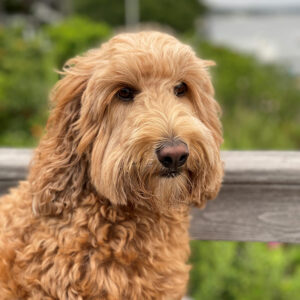 Piper is our CHO (Chief Happiness Officer).   Need a sensitive document shredded into illegible, drool-stained tatters or maybe just a mid-day walk to clear your head?  Much like the insurance policies we place, Piper’s got you covered!

Piper brings with her a long tradition of insurance claims experience spanning several generations including:

Piper can often be seen taking Bay Oaks’ CEO for a walk and napping in the background of Zoom meetings at our corporate office in Garden City, NY.

Contact us today to learn more about how we can help you!